A giant, mysterious crater has formed in northern Siberia’s Yamal peninsula, known as the "end of the world." 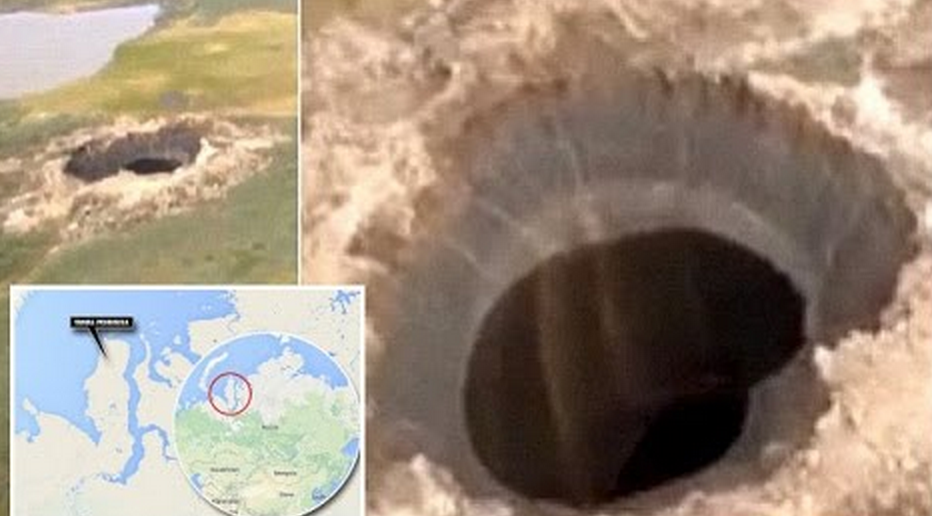 Scientists think the crater is likely a geological formation and not the result of a meteorite, The Sydney Morning Herald reported.

University of New South Wales polar scientist Dr. Chris Fogwill told the newspaper that the crater may be the result the thawing of a block of ice in the frozen arctic ground, known as a pingo.

He said pingos occur naturally and can be large enough to be seen by satellite.

"We’re seeing much more activity in permafrost areas than we’ve seen in the historical past," Fogwill told The Sydney Morning Herald. "A lot of this relates to this high degree of warming around these high arctic areas which are experiencing some of the highest rates of warming on earth."

Fogwill’s possible explanation balances some of the more wild speculation circulating on the Internet, which has included that the crater is the site of a UFO landing.

One Russian expert speculated that the craters could be the result of “global warming releasing gases under the surface, which then explode like a champagne cork,” The Daily Mail said.

The 260-foot-wide hole is about 20 miles from Russia’s Bovanenkovo gas field.

Scientists are planning an expedition to examine the crater and take samples of soil, air and water from the area.

Power Strip - Strips Your Pain Away
Norwegians Thought Aliens Had Taken A Fancy To Their Country Back In The 1950s
The kayak trip of a lifetime
Your Face Can Determine How Long You Will Live
Massive Earthquake 8.0 Shakes Aleutian Islands - Alaska
Mapping Earth's Magnetic Field - Space Mission